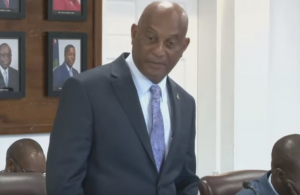 A policy specifically aimed at tackling the various issues such as excessive music and noise at local beaches is being developed.

Minister for Natural Resources Vincent Wheatley told BVI News on Saturday that work has already started on the policy.

His remarks follow complaints by residents on social media that some beachgoers are inconsiderate of others who reside within close proximity to the coastline.

Loudspeakers blaring music for extended periods become a nuisance to those seeking a to rest, particularly on weekends, they argued.

“Noise falls under the Noise Control and Abatement Act, which is being enforced by the police. [But] apart from that, we are currently working on a beach policy which is going to govern our beaches in the BVI,” Wheatley told BVI News.

He continued: “Hopefully it is going to be finished in the next eight to 15 weeks, and that policy would also cover noise.”

He said more information will be forthcoming in the near future.

Excessive noise has been a long-standing issue in the territory.